Using the Spitalfields 2000 map, find and colour in the following streets:

No.56 Artillery Lane is one of the oldest remaining shop fronts in London. From 1720 it was occupied by Nicholas Jourdain, a Huguenot silk merchant and Director of the French Hospital in Rochester. 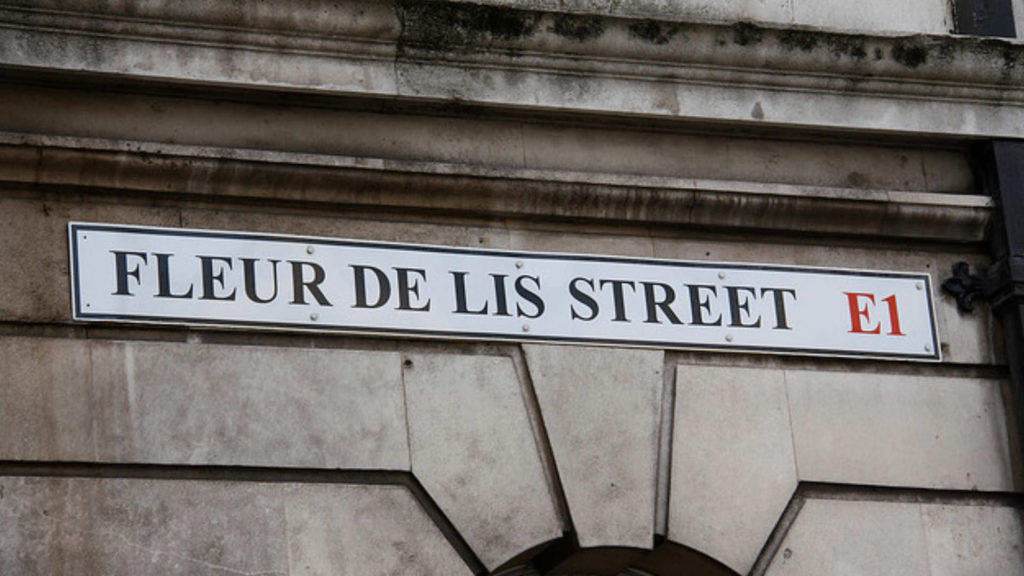 All these streets were built by Sir Isaac Tillard in c.1720. The Tillard family were Huguenot immigrants who settled in Totnes, Devon, they were merchants and flourished with several members of the family becoming mayors of the town. Spital Square was one of the most desirable streets in London and it was here that Sir Isaac died in 1726. They named the streets after flowers. The Fleur de Lis is the most common symbol in French heraldry

No.59 Brick Lane, on the corner with Fournier Street, was built in 1742-74 as a Huguenot Chapel. It was later used as a Methodist mission and a Synagogue. The building was converted in 1975 and is now the Jamme Masjid Mosque.

This street commemorates the French theologian, John Calvin (1509-1564), who led the Protestant Reformation in France. 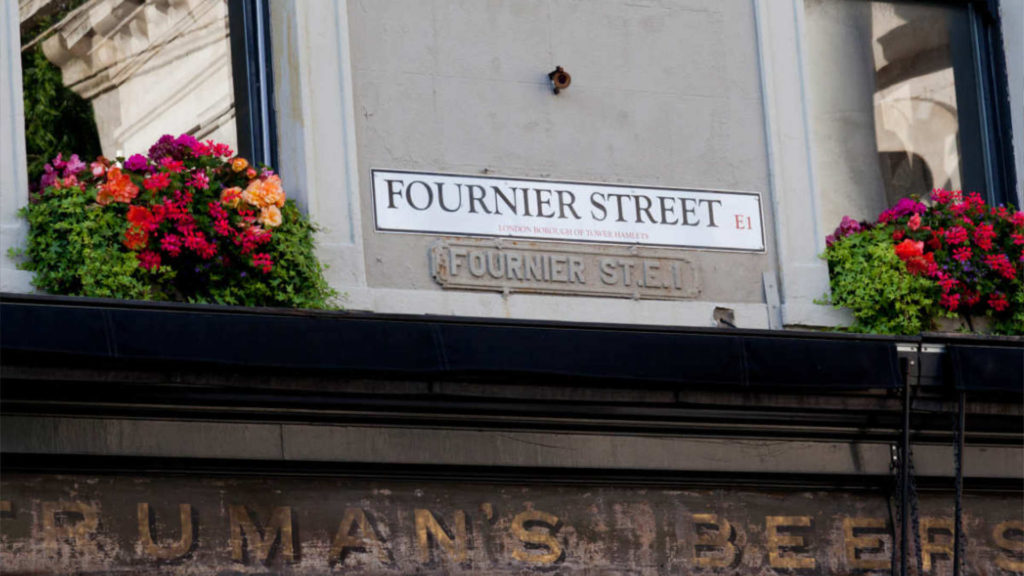 This street was named after George Fournier, a Huguenot refugee, and is still full of elegant townhouses which were once home to Huguenot weavers. The houses have huge attic windows to let in as much light as possible to help the weavers with their work. 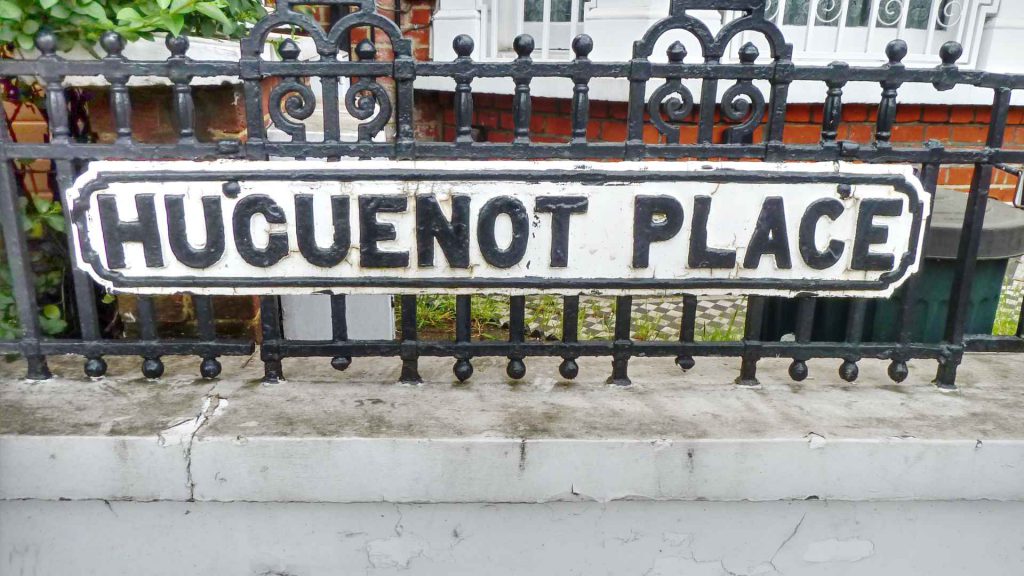 The houses here are of recent development but retain the heritage through the name of the street.

These names are of Huguenot origin. 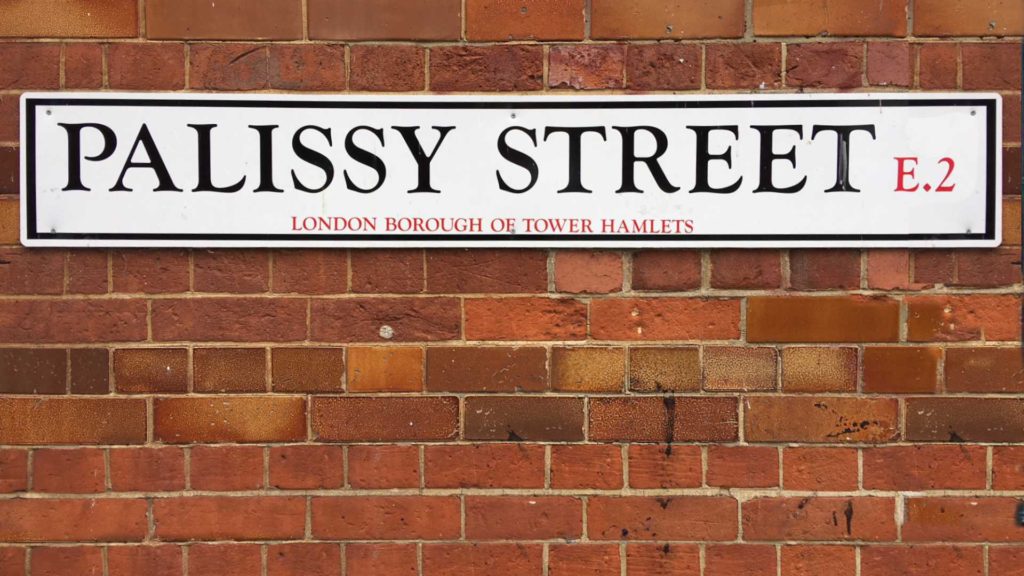 This street was named after Bernard Palissy (1509-1589), a Huguenot craftsman. He was imprisoned in 1588 because of his religious beliefs and died shortly afterwards. 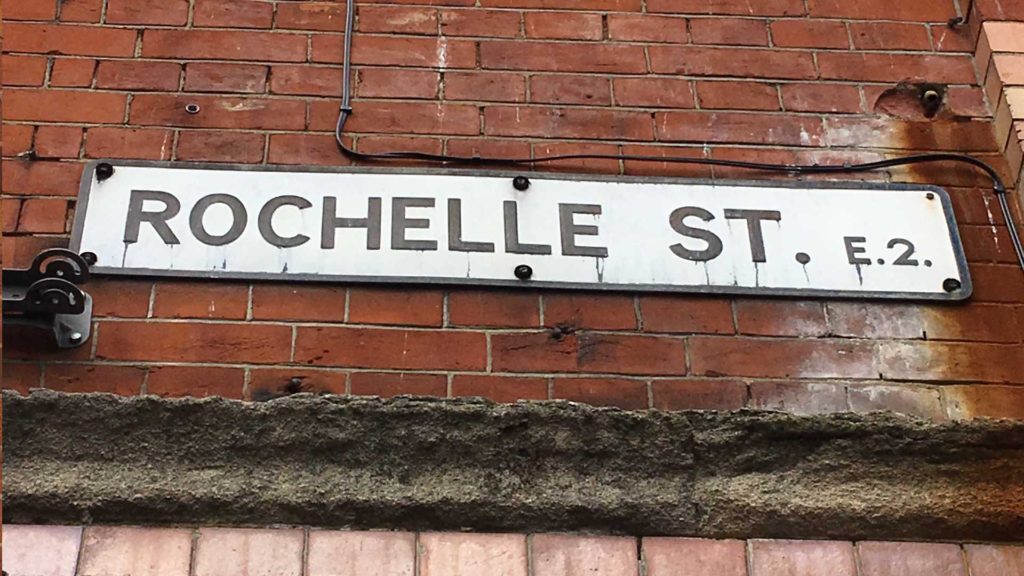 This street was named after the French seaport, La Rochelle, which had close links to the Huguenot community.

No.37 Spital Square is the last surviving Georgian mansion on the Square. It was built in the 1740s by Peter Ogier, a wealthy Huguenot silk merchant.

This street takes its name from the Huguenot silk weavers.

What differences do you notice between the modern map showing Spitalfields and the one dating from c.1790?