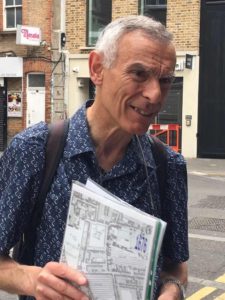 Paul qualified as a City of London guide in 2003, and, as a confirmed Francophile with a French wife and experience of living in France, has naturally gravitated towards French tours, especially concerning the Huguenots. Paul is a French speaker, and conducts walks in both English and French. He conducts tours for schoolchildren, highlighting local history and other subjects in the curriculum. Soho and Spitalfields are two Huguenot centres where Paul reveals the life and times of the Huguenots. Contact Paul Baker 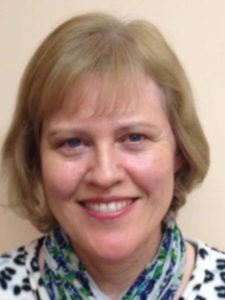 Kate Boyle is a City of London guide who uncovers the fascinating story of the Greenwich Huguenots. Greenwich is a wonderful place for tourists, with its combination of Royal and Naval history, its park, museums and markets. She became fascinated with the largely forgotten story of the Huguenot community; a group of high class, influential Huguenots who settled around the Marquis de Ruvigny. This small but important group is often overlooked. Contact Kate Boyle

Hugh Dennis has been a London guide since 1999 and since then has led hundreds of walks through the depth and breadth of London, most of the time off the beaten track. He loves exploring those less well-known nooks and crannies that make London so fascinating. Coming from a mixed Huguenot/Jewish family, Spitalfields is his kind of place. So on his walks he shows more than most London locations how it captures London’s rich and fascinating immigrant history. Contact Hugh Dennis 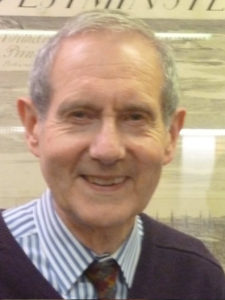 David’s interest in the Huguenots of Clerkenwell probably stems from his being a confirmed Francophile, his having spent all his career with Air France and his being a registered Clerkenwell & Islington Guide. He is also a registered City of London and City of Westminster Guide with fifteen years experience in the guiding field. 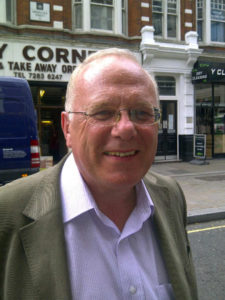 John has had a life-long interest in history and in 2004 qualified as a City of London Guide. He leads walks in and around the City of London, including Spitalfields. His great grandparents were married in Christ Church, Spitalfields and his wife has Huguenot ancestry. John is particularly interested in showing walkers how the Huguenots left their mark on the Spitalfields area. He delivers talks to local groups, including one entitled ‘Spitalfields through the Ages’. Contact John Halligan

Tim Kidd is a City of London guide and Blue Badge guide/lecturer. He has been one of our Festival guides for all three Festivals and a speaker at a number of events talking about Huguenot heritage as well as the Huguenots of Spitalfields.Tim conducts walks in the City of London, Wandsworth and Spitalfields. Contact Tim Kidd

Julia is a City of London Guide. Her interest in the Huguenots developed from personal research into local and social history, and she is passionate about sharing her interest and raising awareness of the ordinary and extraordinary people who have lived and worked in London. Julia leads Huguenot-themed walks in Spitalfields, the City and Wandsworth, as well as a number of other historical walks in the City and the East End. Contact Julia Kuznecow 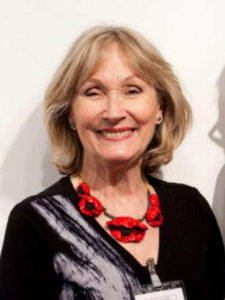 Charlie de Wet is a qualified City of London guide. She has lived in Spitalfields for over 20 years and conducts walks about architecture, immigrants, historic Spitalfields and Huguenot silk weavers. Charlie raises funds by undertaking group tours within the City of London. These include Broadgate art, Wren churches, new architecture in the City, Smithfield and many more. Contact Charlie de Wet

Guy Rowston is an adult education lecturer who lectures on many aspects of London’s history and is a qualified Westminster guide. Guy has been interested in the Huguenots since the tercentenary exhibition in 1985. He is particularly interested in showing how a faithful, hardworking and skilful immmigrant community made a contribution to British life. He specialises in the Soho community. Contact Guy Rowston 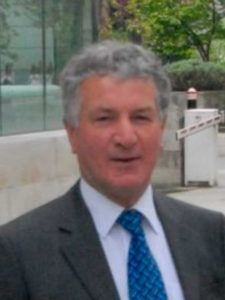 City of London and Clerkenwell guide Neil Sinclair spent several years of his long career as a business and transport journalist working from an office in the heart of Spitalfields. Here he developed a keen interest in the area and its significance to the Huguenots and other immigrant communities that helped shape London’s rich cultural history. Neil has been a City guide for ten years and loves exploring the capital’s hidden alleyways and squares while sharing the fascinating stories of its inhabitants and their influence on London’s architecture, literature, art, customs, traditions and beliefs. Contact Neil Sinclair